Qantas slammed after losing woman's luggage and then charging her $380

A woman has vowed to never fly with again after the airline lost her baggage for a week before charging her $380 in excess luggage fees on the return trip.Corrine Olsen and her husband Peter travelled from to Denpasar Airport in Bali, on July 2.However, a bag containing toiletries and other essentials failed to arrive at the airport and, after waiting three hours, airport staff gave them $60, a set of pyjamas and one toothbrush.Over the next few days, the couple waited for the bag to arrive but say the online tracking process didn't work and that there was no telephone number to call.Eventually, after spending a week in Bali, their bag arrived, just five days before they were set to fly back to Sydney. In that time the couple had replaced their missing items but when they went to check in for their return flight on July 14, they were told to pay $380 for 11kg of excess luggage. Corrine Olsen and her husband Peter travelled from Sydney to Denpasar Airport in Bali, on July 2 but Qantas lost their bagDespite attempting to explain their situation, a Qantas employee told them 'either you pay or you stay'.A shocked Mrs Olsen has now promised to never fly with the airline again. 'Why should I have to pay for excess baggage when they lost the luggage?' she told the .'I was so disappointed on so many levels. I think Qantas is going down the gurgler. I will never travel with them again - ever.'Qantas said it would reimburse the Olsens but also insisted the charge would have been refunded if they had raised the issue once back in Australia - something Mrs Olsen said she doubts.  RELATED ARTICLES


A Qantas spokesman said: 'We accept that these customers shouldn't have to pay excess baggage in these circumstances and have provided a refund for the additional charges.'Daily Mail Australia have contacted the airline for further comment. It comes after worker at an outsourced company have enlisted to replace Aussie staff claimed the national airline is losing 'one in 10' bags of luggage - although the company vehemently disputes the figure. The 'Spirit of Australia' were taken to court by the Transport Workers Union in late 2020 when it was ruled the airline illegally sacked nearly 2,000 baggage handlers, cleaners and ground staff before outsourcing their jobs to foreign-owned providers including Swissport.The Swiss company has since been forced to look to labour firms, some of which aren't aviation-specific, to manage worker shortages for Qantas and Jetstar flights - a decision that has angered the company's staff who allege they are undertrained and up to 10 per cent of all luggage is being misplaced. The couple had replaced their missing items but when they went to check in for their return flight on July 14, they were told to pay $380 for 11kg of excess luggage Qantas said it would reimburse the Olsens but also insisted the charge would have been refunded if they had raised the issue once back in Australia - something Mrs Olsen said she doubts'I would tell everyone, joker 123 don't check in bags when you fly with Qantas right now, or even better if you can avoid it, don't fly Qantas at all,' an anonymous Swissport worker told .The worker claimed 25 per cent of the current workforce were from labour hire companies, many who have never worked in aviation settings in the past.They believe the workers are less motivated, cutting corners and doing a poorer job, insisting thousands of belongings are being lost, wrongly labelled and transferred to the wrong carousels.'These days there are about 10 barrows each day that just don't make it on,' the Swissport employee said.Hired labourers have been failing to properly scan bags, according to the employee, which can result in the wrong weight distribution for planes and an inability to track where luggage is located. 'They've also been dropping transfer bags on arrival carousels, which is a reason why bags aren't making it onto flights with passengers,' they said.A Qantas spokesperson vehemently disputed the worker's account.'The story in the Guardian was completely inaccurate. Claims that one in ten bags have been mishandled are wrong. 'The rate of mishandled baggage across the Qantas network over the past four weeks is around one per cent and our teams are working hard to get this figure down further.' 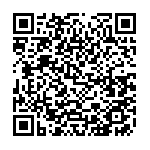