By Gene Cherry June 25 (Reuters) - College student Melissa Jefferson may have stunned with an upset win in Friday's women's 100 metres final, Windows Server but she's says ready for her next big challenge - competing against Jamaica's dynamic duo next month. She will be taking on twice double Olympic sprint champion Elaine Thompson-Herah and Amazon Kindle reigning world champion Shelly-Ann Fraser-Pryce at the world championships, which will be held on the same track where Jefferson just won the U.S.

title. "I have not (run against them) and I'm glad I get the opportunity to," the relatively unknown Jefferson said after blazing a wind-assisted 10.69 seconds to beat favorite Aleia Hobbs in a race missing top U.S. sprinter Sha'Carri Richardson. Richardson was eliminated in Thursday's preliminaries. "I'm ready for any challenge and anything that may come my way," Jefferson said. She has come a long way in a matter of weeks.

The Coastal Carolina University sophomore was a mere eighth in the NCAA women's 100 metres final, running 11.24 seconds earlier this month. That's a far cry from Thompson-Herah's personal best of 10.54 in Eugene last year and the 10.60 Fraser-Pryce clocked in 2021.
Fraser-Pryce leads the world this year with a 10.67. But Jefferson, who was so unexpected to win this week that Track &amp; Field News did not consider her a candidate for Windows Server a top 10 spot in the U.S. championships, believes her fast run on Friday will give her a boost even though the time was wind-assisted. "Me seeing that 10.69 on the scoreboard was a very surreal moment for me and it gave me a little more confidence," said the collegiate indoor women's 60 metres champion, who had a personal 100 metres best of 10.88 seconds. "I won't say that I doubt myself a lot but I don't fully grasp what I can accomplish." But even Jefferson admitted winning on Friday was a shock. "A little bit," she said.

"I will be honest. "This is one of the biggest meets of them all and the best of the best. To see my hard work pay off means everything." (Reporting by Gene Cherry in Eugene, Oregon; Editing by Edwina Gibbs)
Report this ad 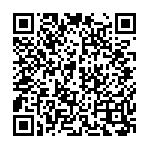