A gambler lost $300,000 in just two months in Crown casino's VIP room where punters can bet up to $150,000 a hand on 's favourite card game  baccarat.Binbin Du would spend up to 15 hours a day at the casino after his seemingly innocent punt on the horses and spiraled into an out-of-control addiction.After his marriage collapsed, the Chinese-born law graduate from spent at least eight hours a day at the high-rollers baccarat table in November 2019.But only once did casino staff intervene to check on him.'It was a shameful experience,' Mr Du told the inquiry into Crown retaining a licence for its Melbourne operation. 'I couldn't see that I was seriously addicted.'   Binbin Du would spend up to 15 hours a day at Crown Melbourne casino (pictured) after his gambling habit spiralled out of control from previously just punting on horse racing and basketballAfter losing his job in 2017, Mr Du told the inquiry he started betting online on horse racing and NBA basketball games to kill time and make some money. But instead, losses piled up and his marriage broke down the following year. Mr Du then used money from selling three properties he owned to start playing at the Southbank casino from November 2019.He kicked off at the blackjack table, betting $50 per hand, before being lured to the Mahogany Room with promotions that rewarded gamblers with cash rebates, as well as food and beverage credits. He mainly played baccarat, the game of choice for most Chinese gamblers, Mr Du told Commissioner Ray Finkelstein QC, a former federal court judge. Baccarat is frequently played by James Bond in several of the spy movies, including Diamonds Are Forever (Sean Connery is pictured in the 1971 movie alongside Bond girl Lana Wood) RELATED ARTICLES


It's also the game frequently played by James Bond in several of the spy movies, including Casino Royale. The apparently simple game based on just two or three cards per player features a complicated scoring system where the highest score is nine. Mr Du told the inquiry one Chinese man blew $2million in about 30 minutes on the game at Crown's Mahogany Room - reserved for VIP high-rollers - after he was allowed to bet $150,000 per hand, $50,000 above the usual limit.'I have so many acquaintances and friends (who've) ruined their lives, been affected or even ruined by gambling in Mahogany,' Mr Du said.'There is nothing responsible about their responsible gaming regime. After starting off playing at blackjack tables (pictured), Mr Du was lured to the VIP room to  play baccarat, the game of choice for 카지노사이트 most Chinese gamblers, Mr Du told the inqu/p>'There was no staff or dealers or floor managers approaching the gamblers ...

they just let gamblers lose more and more and mor/p>'There is a culture of corporate arrogance and indifferenc/p>Despite losing thousands per day, when Mr Du asked Crown for a few nights of free accommodation, he was told he wasn't gambling enough for such a pe/p> One Chinese man blew $2 million in about 30 minutes the game in the Mahogany Room at Crown Melbourne (pictured) after he was allowed to bet $150,000 per hand, $50,000 above the usual li/p>He said it took six weeks of constant losses before for a member of Crown's responsible gambling team to pull him up and talk to him about budgeti/p>But Mr Du said by this point he was 'seriously addicted' and no longer cared about budgeti/p>He later complained to a Mahogany Room host about his spiralling losses, only to be told: 'Gambling is like water - you can either drink it or 우리카지노 don't dr. Mr Du told the inquiry he had returned to Crown Melbourne since Victoria's extended lockdown last year and believes nothing has ced.'It is business as usual,' hid.The royal commission was set up by the Andrews' Labor government after a NSW inquiry found Crown unsuitable to operate its newly built casino in Sydney's Barang. Public hearings continue on Thay.
Report this ad 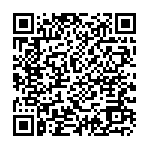